In picking a machine learning framework to use, carefully consider these:

Some machine learning libraries are easy to learn and implement, while others require more technical expertise.

It is essential to know what tool organizations use in production if you intend to apply for machine learning jobs or build your product.

Machine learning libraries focus on different goals. Find a library that is useful to your project scope.

If your project scope focuses on image data, you should choose better-optimized frameworks for images.

PyTorch is used both for research and production in building state-of-the-art products. It broadly supports the development of projects in computer vision, natural language processing, reinforcement

It has a robust ecosystem and is supported on major cloud platforms.

PyTorch is easier to learn than other deep learning frameworks.

Who is using PyTorch?

Where to learn PyTorch

Learn the basics of PyTorch following these tutorials.

TensorFlow is an open-source platform for machine learning developed by Google. TensorFlow was released to the public in November 2015. The core of TensorFlow is written in Python, C++, and CUDA.

TF is used both in research and production environment.

Although Python is widely used for TensorFlow, TensorFlow is available in R, JavaScript.

TF is popularly used for numerical computations. It has inbuilt machine learning and statistical tools. It is used to build projects on regression, classification, neural networks, and more.

In production, TensorFlow Extended (TFX) is used to build a production pipeline. It is optimized for large scaling and other deployment features.

TensorFlow can run computations on CPU, GPU, and TPU.

TensorFlow is widely used in production.

Who is using TensorFlow?

Some of the companies using TensorFlow include;

I recommend you start with TensorFlow tutorials here.

Scikit-learn is not built to run across clusters. It is mainly used in experimentation.

Apache Spark itself is a unified analytics engine for large-scale data processing. It is used for many things, including;

Spark MLlib is built on top of Spark. It is widely used in production because it integrates easily with other Spark components like Spark SQL, Spark Streaming.

1600+ contributors on Github. Used by over 604 repositories on Github.

spaCy is an open-source library developed by Explosion AI for natural language processing and written in Python and Cython.

spaCy is an excellent library for feature engineering and extracting information on text data. spaCy is built for production use, and it can handle large volumes of text data.

NLTK is an open-source library for natural language processing. It was initially developed by Steven Bird, Edward Loper, Ewan Klein.

NumPy is an open-source python library that offers an extensive collection of comprehensive mathematical functions. Numpy helps us work with arrays to perform various mathematical operations.

Written in Python and C.

Pandas were created by Wes McKinney and released on 11 January 2008.

Written in Python, C, and Cython.

Matplotlib is one of the most popular plotting open-source libraries for the Python programming language. It is used to plot a graphical representation of data.

Keras is an open-source library built on top of TensorFlow for creating an artificial neural network. 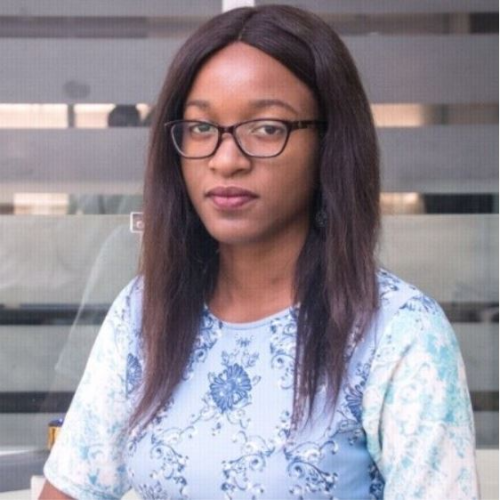 Jenniferhttps://jenniferkwentoh.com/about
My name is Jennifer Chiazor Kwentoh-Anionwu, and I am a Machine Learning Engineer. I build production-ready machine learning systems. When I'm not burning out my GPUs, I spend time painting beautiful portraits.